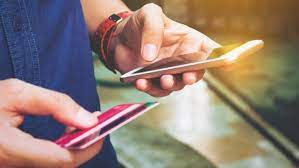 Online dating sites and apps are used by millions of individuals all over the world. There are also several success tales of people finding love and companionship over the internet. However, in addition to the achievements, there are also online dating frauds, which are on the rise.

Online dating scams, also known as romance scams or romance fraud, occur when a person believes they have struck a connection or match through an online dating site or app, only to discover that the person they are speaking with is a fraudster with a phony profile. The scammer manipulates or grooms the other person over time in order to gain their trust and, ultimately, beg for money or gather enough personal information about them to steal their identity.

Fraudsters may exploit the identity and likeness of a real soldier in military romance scams, or they may build an entirely phony profile. They send out letters that appear to be authentic, possibly describing themselves as nearing the end of their professions, often with older children, and widowed in tragic circumstances.

Then there are demands for financial assistance, like as setting up a stable internet connection, paying for flights home, or supplementing ostensibly limited military medical coverage or retirement planning. These con artists frequently operate with one or more accomplices who pretend as doctors or lawyers in order to extort a continual stream of money.

Scam dating sites are dating services that pretend to offer legitimate meetups but are either significantly underpopulated or overrun with scammers. They are a slightly different concept than ordinary scam websites. Sites that invite you to create a profile solely to harvest your information are a common fraud.

When con artist claims they need to marry in order to receive millions of dollars in gold left by a father, uncle, or grandpa, they are committing fraud. Marriage is said to be a condition of the male relative’s will. A young woman approaches the victim and informs her that she is unable to transfer the gold from her nation due to a lack of funds to pay the duty and marriage taxes.

Once the fraudster has established a connection with the victim, they would ask for money to assist them in bringing the gold into their nation. The fraudster offers to go to the victim’s country to establish their authenticity, and the victim provides money to cover the cost of the flight. Needless to say, the con artist never shows up.

You might be thinking, “This can’t be true.” I used to believe the same thing, but my eyes were opened to reality when a great friend of mine, Sara, fell victim to one of these dating scams. She was the victim of a military romance scam that lasted several months and cost her $7800. When she tried to reach him through the proper military channel, it all came to a head.

She was taken aback and refused to accept it was true. Aside from the heartbreak, she was distraught over the fact that she would be unable to recoup a significant portion of her life savings.

Sara discovered EzChargeBack after days of thorough research. She wisely contacted them as quickly as possible and informed them of all the facts and evidence. They were truly a godsend, as they were able to track down the fraudster in just a few days and recover the entire $7800. Sara would not have been able to retrieve the funds on her own if it hadn’t been for EzChargeBack.

admin
Tags: Safeguard Yourself From These Typical Online Dating Scams that Can Rob You of Thousands of Dollars! 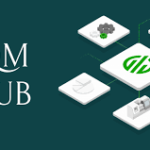