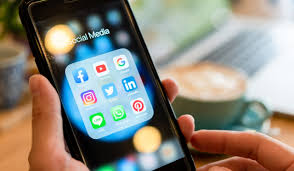 In today’s world, it seems like no one can live without social media. We use it for many purposes such as staying in touch with our family and friends, making new friends and getting to know people, shopping, and just having fun. However, reports have shown that social media is also the place where scammers con people. Scams do happen all the time but there are companies like ChargeBacking who can help you get your lost money back.

It has been noted that one in four people who actually lost money to fraud in the year 2021 happened because of an ad they saw on social media, a message, or a post. Data also proves that social media is the place that has been really profitable to scammers in the year 2021 than any other method of getting in touch with people to con them. Shocking, isn’t it?

Data proves that more than 95,000 people reported a loss of around $770 million due to a fraud that happened because of social media platforms. These losses actually account for about 25% of all the reported losses to fraud in the year 2021 and also show an eighteen fold increase in the scams reported since 2017. Reports include scams for each and every age group however people between the age group 18-39 were more scammed as compared to older adults losing money to social media scams in 2021. It seems like social media is the best place for scammers to get a hold of their victims and make a huge amount of money. It is a really cheap way of reaching out to people from all over the world. Moreover, it is quite easy for them to come up with a fake persona and some scammers can easily hack into an existing profile in order to con the friends added in the profile. They also have the ability to tune their approach by going through all the personal details people share on their social media accounts. Some scammers also use the tools that are available for advertisers on social media to target people systematically with fake ads which are based on personal details including a person’s interests, purchases, age, area, etc.

Reports say that social media is the perfect tool for investment scams that involve fake cryptocurrency investments as well as others. Since nowadays loads of people are investing in cryptocurrency, scammers use that as the perfect opportunity to get a hold of their victims. It has been noted that more than half of the people who reported losing money due to investment scams in the year 2021, initiated through social media. Scammers use social media platforms as the best place for investment opportunities or to connect with people as friends and then encourage them to invest money. Once people send money, usually cryptocurrency or a promise that they will get huge returns, the scammer disappears which leads to losing all their money.

Apart from investment scams, romance scams are the second highest most profitable scams that happen on social media. Reports prove that losses to romance scams have been at their peak since the last couple of years. More than a third of people who were a victim of romance scams say that the scam began from social media platforms like Facebook and Instagram. Such scams mainly start with a friend request from a stranger, leading to a pleasant conversation, and then asking for money in a very tricky manner.

Sure, investment scams and romance scams are at the top, but the largest number of reports actually come from people who say that they were scammed due to an ad they saw on social media. 45% of reports of losing money due to social media in the year 2021 were all about online shopping. 70% of these reports were about people saying that they placed an order after using an ad and never got the product in return. Some of these reports even said that the ads impersonated real online retailers. Once they clicked the link, they were redirected to similar websites. 9 out of 10 people reported that this happened to them through Facebook or Instagram.

Nowadays, investment scams, online shopping scams, as well romance scams account for the 70% of losses reported due to social media scams. However, there are loads of other scams that happen as well. Scammers are always coming up with new ways to scam others.

There are loads of ways to keep yourself safe from such scams:

admin
Tags: Social Media is a Gold Mine for Scammers - Discover Why That is! 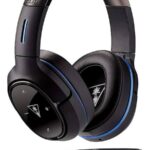